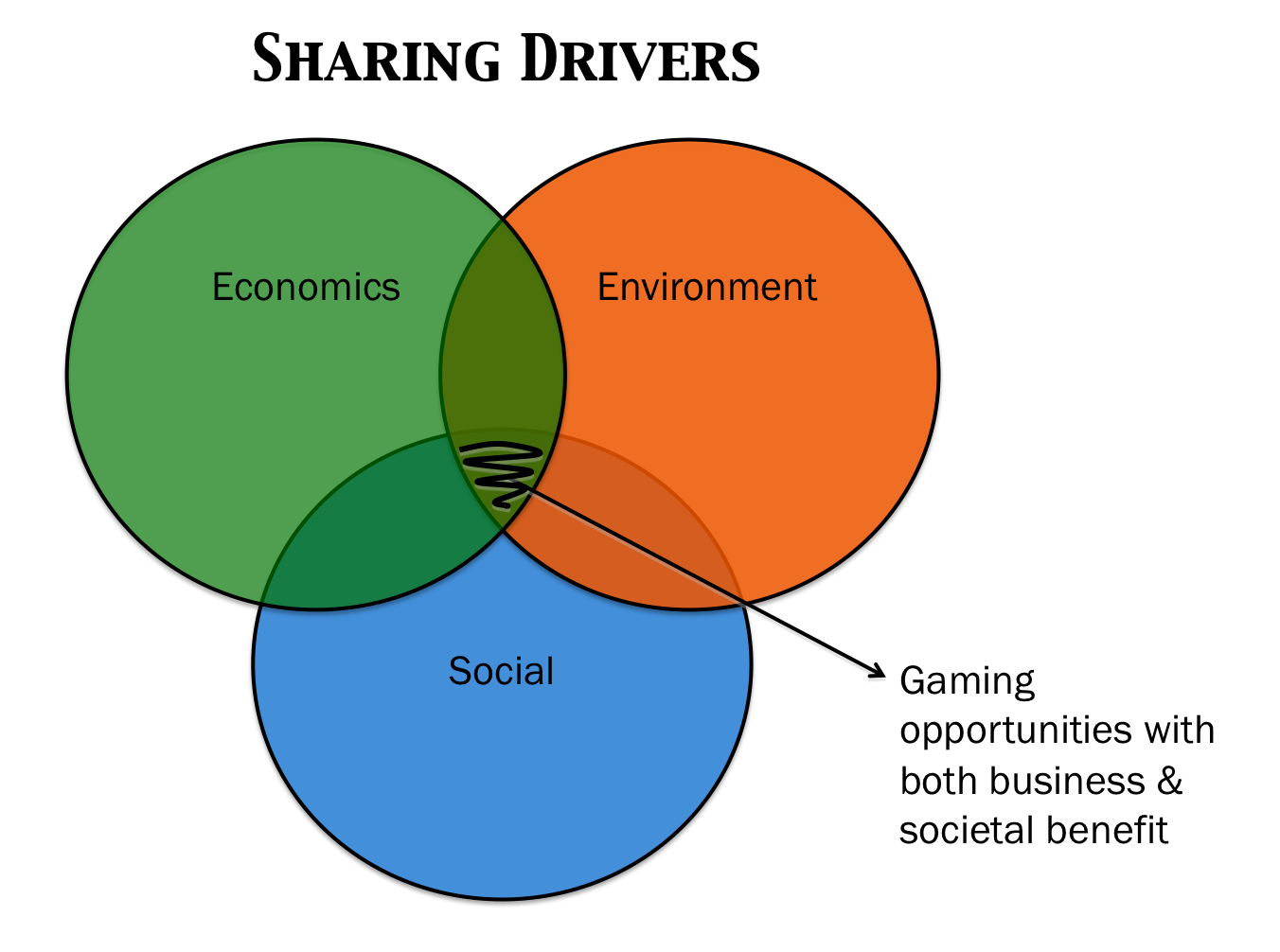 Richard MacManus is the founder and co-editor of the popular technology blog, ReadWriteWeb. Incidentally, he’s also the mayor of Go-Bang Cafe in Petone, New Zealand on Foursquare. “But all I have to show for it is a virtual badge,” he says. “I also have a coffee card from that establishment, so my 10th coffee is free. Why not tie that into Foursquare, and make it ‘every 5th coffee is free’ or some other promotion, as a reward for being the mayor?” He believes that many social apps are going in this direction, building in a “game layer” of points, badges and, in some cases, monetary rewards. “But game mechanics should be fun and playful, as well as rewarding in an ‘real world’ sense-like leveling-up on Couchsurfing opens up new places, people and offline experiences to you,” he adds. “Are most ‘game-based’ apps fun, though?”

Since Jane McGonigal’s TED talk, “Gaming Can Make a Better World,” went live last February, buzz about “gameifying” the real world has been steadily mounting. Will Wright, creator of the Sim series, remarked that companies worldwide are viewing gaming as a kind of “MSG” (“Make it Seem Game-like”) that can be added to most any scenario to make it more enjoyable. Marketers across industries-from food service to health to media - are rushing to build in reward schemes and to identify new game-based, motivational levers that could increase users’ engagement with brands.

Some critics have cited the insincerity with which many companies are implementing game mechanics now: tacking them on without regard to their relevance, or focusing too much on getting users to follow through on a specific behavior, such as referring a friend or making a purchase. “‘How can we get more people to do this?’ I don’t think that’s even a good question. A lot of the gameification literature has this persuasion framework, but it’s a poor one,” explains Joe Edelman, CEO at Groundcrew and former Lead Developer at Couchsurfing. Groundcrew is an engaging, real-time mobile platform for activating and coordinating community members to tackle local initiatives like neighborhood clean-ups, art projects, or cause-related events. “It’s like saying that we have this lousy job, and we want to attach a rocketship of game mechanics to get people to do it. A much better way to think about it is, ‘how is this job part of a system of experience that people want, or how can we redesign it to be?’” People like Joe Edelman and Jane McGonigal have started to explore gaming with a different set of goals, asking where and how can games have the most positive impact for society.

Games allow participants to “level up” their individual value-their reputation and trustworthiness-and to interact and collaborate with peers, both online and offline: elements which are essential for sharing services that help us work together to lessen our environmental impact or to foster positive community bonds. For example, ThredUP’s leaderboard offers elevated status to those who share the most clothing, and Couchsurfers gain access to accommodations by proving to be a trustworthy guest or host. Game principles provide the infrastructure for individuals to prove and make transparent their trustworthiness over time so that these kinds broad scale, peer-to-peer sharing communities can function and grow. How else can gameification work for the greater good?

Jane McGonigal’s “World Without Oil” game is a stellar example of funneling today’s pervasive and real-time information climate toward creating these types of rules. It uses a “hot net-native storytelling method” (dubbed “alternate reality”) to push online news content, faux gas pricing, user-generated stories and so on to players who must live within the lifestyle constraints that would follow from a global oil crisis. These types of games go beyond the simple reward schemes that game-minded marketers are putting in play today, tapping into a deeper sense of motivation, productivity and engagement.

Regardless of whether a service is employing badges, points, or other reward schemes, the most successful “games” are the ones that tap into something people care about: their personal goals and values, which relate to money, societal causes, or their own social identities and experiences. Sharing lives at the convergence of these three realms, simultaneously addressing issues of economic decline, environmental damage, and social fragmentation. When games tap into the same poignant, personal motivators that drive sharing, new possibilities for positive societal change and good business result.

“Me + we” solutions are particularly well-suited to help boost local economies. Macon Money, with support from the Knight Foundation, is “a community-wide social game built around local currency.” Players (who are residents of Macon, Georgia) can receive half of a Macon Money bond by going to an event, signing up online, or stopping by the organizations’ headquarters. The goal is to find the player with the other half of your bond by matching its unique symbol set. Completed bonds can be redeemed for local currency that can be spent at participating Macon businesses like real cash. The game creates more opportunities for the community to connect, online and offline, while also giving local businesses a financial boost.

Web and mobile technology have created a new kind of access logic that’s connected, customizable, programmable and portable. It’s allowed us to liberate gaming from its traditional place on a computer or television screen and transpose it onto the real world. Where gaming is about “leveling up” our individual value in meaningful ways, sharing is about the manifold avenues for transacting it, for ourselves and for the betterment of society, in an increasingly reputation-based climate.