When I graduated from business school I realized how poorly I’d been applying the important profit-producing principles of business to all areas of my life. I vowed to change that once and for all. So I’m going to start by maximizing the return on investment in my daughter.

I quickly ruled out some of the more obvious business models regarding her sexuality. Although there’s certainly market demand, she’s just too young – I need my ROI much sooner than she will reach sexual maturity, and I have no talent for pornography. Others have found some innovative models, like auctioning your virginity on eBay, but surely that market will be saturated by the time she’s of legal age.

I also decided against anything which relies too much on her time, attention or labor. I’d like to reserve those resources for other productive output we will need (such as housecleaning and foot rubs), and she’ll need to focus on schoolwork to become a highly paid professional to ensure a ROI on her education and mitigate any financial dependence on me.

Finally, I came up with a solid business plan which will produce almost immediate cash flow and very high profits. My daughter, like most healthy humans, produces an excess of plasma and platelets that I can extract and sell. Of course, I’m not talking about the paltry rates that the homeless get in the strip mall clinics. No, there are sophisticated online medical trading markets for such things today.

My wife is already a phlebotomist, so there are no training or labor costs. And with the lucky find of a centrifuge at a medical equipment auction, minimal capital investment was required to get this endeavor started.

Further research revealed that plasma which contains rare antibodies is trading at more than a hundred thousand dollars per liter on some online marketplaces. All I have to do is infect my daughter with a couple non-contagious diseases (some of which will hardly interfere with living a normal life), and when she develops the appropriate antibodies we’ll be raking in the cash by the millions each year. I’ll have to keep her fattened up, so we can maximize the volume of plasma we can extract, but at those rates, food is a negligible expense. We should even be able to send her any college she wants. Someday, I’m sure she’ll understand the tradeoffs we made

Of course, the downside would be if she failed to develop immunities to the diseases. But we really won’t have many sunk costs invested in her yet since she’s just a baby, so my calculations show this is an acceptable risk. And besides, if our initial attempts fail, making babies is kind of fun.

Maybe I could move to Utah to accelerate production… 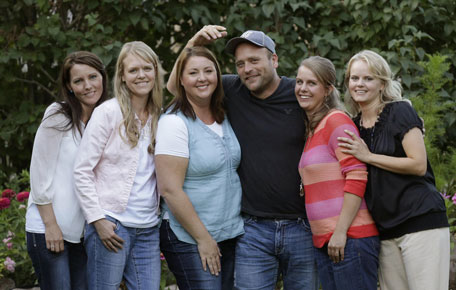 Reflections on my Modest Proposal

I truly hope my proposal didn’t inspire any business plans you’d actually be willing to act on. I suspect the whole notion was offensive to you. It was meant as a slightly exaggerated illustration of the reasoning which emerges from the today’s money-driven value metrics. Don’t worry; I don’t even have a daughter (or a wife for that matter).

If I had been talking about animals, a farm, an oil field, an aquifer, a mountainside of timber, an ocean, or our atmosphere, instead of a young daughter, the scenario would actually be commonplace instead of shocking. But we believe that there are some moral lines that business/bean-counters don’t/won’t cross.

However, in practice, there is no clear line, not even a fuzzy line. A business does not have a conscience. And when you make decisions by dollars, it makes sense for Ford to settle some law-suits rather than recall the Pinto (even though some customers will die terrible, flaming deaths).

Our collective capacity for denial about the fact this this is common, normal, even idealized behavior for business is astounding. Since most people deny that this is how business is fundamentally structured to work, it makes it very difficult to get the question of how we can restructure it to function differently.

Of course, the typical approach to monetizing a human is to extract their labor not physical products and parts. Enslavement used to be an acceptable way to approach this. Thank goodness, in our modern civilized era, we’ve hidden this kind of slavery from our view. We’ve replaced overt whips and chains slavery with the more subtle debt slavery. This is clear for “lower-class” families (and nations), but today even middle-class kids can expect to graduate from college with hundreds of thousands of dollars in loans that ensure they spend their lives working to fulfill somebody else’s goals.

This is a sad case of the tail wagging the dog - our Ponzi-scheme currency system forcing growth and short-term profit at the expense of longer term well-being. Of course, humans made this system, and we can remake it into something which actually acknowledges and DEEP WEALTH and helps make that visible.

« Some Thoughts about Feedback Loops
Archive
A Thought Experiment »
