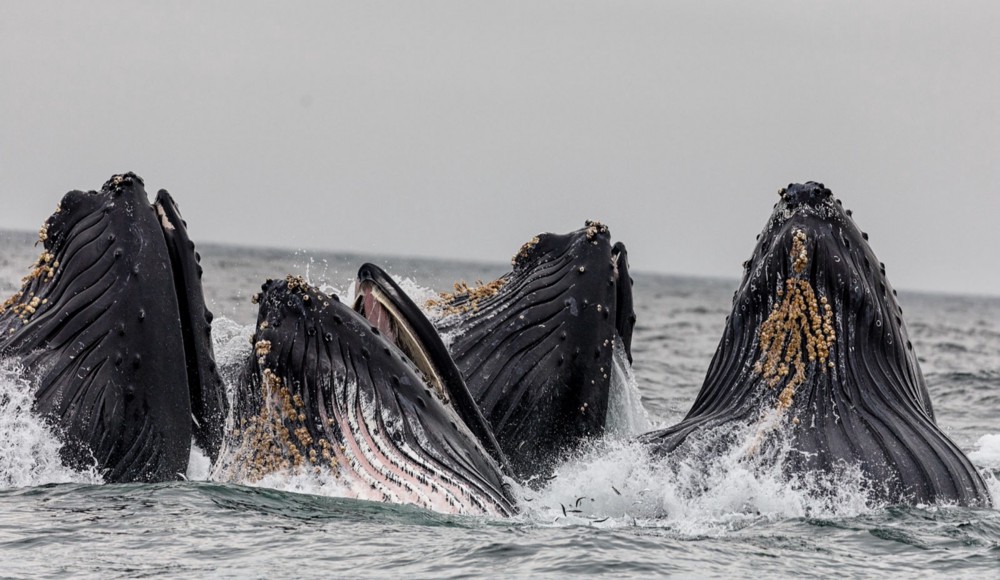 It’s the wild west out there, folks!

Every week new ICOs are riding the wave of the crypto craze.

Billions of dollars worth of investments this year… Yet many don’t know about the darker dynamics fueling the process. Why is so much flowing into these offerings? Could it be that exchanges can’t cash out the bitcoin whales so they need to dump into new coins just to diversify holdings? And bonus for them if they can seize control of enough of a coin’s supply to manipulate its value.

$30 Million raised in 24 seconds… Hundreds of millions in an hour… An ICO sold out in a single block of transactions… The whole Ethereum network bogged down by preemptive, over-gassed transactions… One thing we know is those ICOs as a crowdfunding tool are challenged in reaching much of the crowd of end-users for their product — whales are jumping into small pools where they can exert massive influence.

Yet, fundamentally, there are good ideas hoping to grow. And good people, hoping to support and benefit from good ideas. Can we establish a healthier pattern so that the possibilities inherent in decentralized currencies don’t collapse under the weight of over-regulation, and burnt-buyer-backlash?

If we don’t raise the bar of integrity for ICOs ourselves we’ll lose the opportunity to establish stable footing for them to continue. I think we need to challenge a lot of the assumptions that are already hardening in this immature ICO space, including the structure and very nature of the cryptocurrencies being used.

What makes an ICO approach responsible and ethical?

I’ve read the criteria from various rating sites. What stands out to me is their weird blend of obviousness and blindness. Obviously, having a revenue model and demand for your product still applies to crypto projects. Blindly, everyone pretends the clumsy first-gen, global-ledger, burn-the-planet (proof-of-work) approaches are here to stay. ICOs to build data centers just to mine near hydro-electric dams are ranked quite highly.

In other words, I don’t believe you should take these people’s advice. And frankly, you have no reason to take mine either. As a builder of blockchain alternatives, I’m completely biased and focused on the next generation of tools. Yet aside from these varying perspectives about the future of decentralized technology, I believe there’s some common sense about making better ICOs that we can identify.

(And a legal disclaimer — I am not a lawyer, please do not construe any of this as expert legal advice.)

The first question everyone should ask if considering an ICO: Is this ICO primarily a tool to reach money, or to reach people?

Don’t be lazy and say “both!” Even though it is a form of “crowd” — “funding”, there’s an easy way to tell if the operation is tailored to one goal or the other. If you sell out in 24 seconds, or even an hour or two, then it’s pretty clear you were structured for money — not participation. If you can tell yourself the truth about your actual priorities, that should change the shape and structure of everything about your ICO.

It sure looks like there are some pretty sketchy projects pretending to do something useful that will really just abscond with people’s money. And that’s going to bring down the regulatory hammer on everyone. In fact, while this blog post was sitting in drafts waiting to get published, and the SEC started rattling swords, China and South Korea both banned ICOs, and have then steered toward regulation instead.

If your ICO is primarily about getting money, I believe you should consider full-compliance with securities laws in the jurisdictions you are selling. Register your offer. Get regulated. That’s exactly what those laws are for — preventing people from getting fleeced by investment offerings they are in no position to evaluate.

That’s certainly true of ICOs, past and present — I propose a different future.

ICOs don’t have to be about gambling on the value of some volatile cryptocoin. I’m convinced that it’s possible to design for value stability and to offer clearer kinds of returns. A truer path to thread this needle may involve doing the work to overhaul what you’re offering in order to reduce unnecessary risk, and actually attempting to engage actual, long-term users, not just short-term speculators. I also see ways to structure so that there is greater accountability for funding received and for delivering results.

There are law firms working on frameworks for ICOs, categorizing rights vs. equities and all that jazz. Others will tell you to start a non-profit foundation in Switzerland and pitch your coin sales as if they are donations. Although masquerading as a non-profit may be easier, it won’t build long-term trust with your user-base nor with regulators. (let’s tell the truth: a cryptocoin by any other name will still be as volatile.)

Look, it’s your lawyer’s job to cover your butt. However, when we are building truly decentralized, peer-to-peer systems, we’ve got to cover each other’s butts — in how we design, build, and fund. We can’t afford to take an us vs. them stance against our users in any part of the process. We are them. They are us. If you build in systemic inequities at the funding stage, there’s no reason to believe they won’t be there in every stage of operation.

A House Built on Sand…

Cryptocurrencies don’t have to be worthless tokens with their only value determined by gambling markets. Please see my previous post on Responsible Cryptocurrency Design if you want to understand what else is possible.

Fundamentally, you can’t make your ICO more responsible or valuable than the currency underlying it. And frankly there are some weak-ass cryptocurrencies out there which are really just digital poker chips that waste a lot of electricity.

I know it’s heresy to say some of what follows, but it must be said. Please do the whole community a favor of making the extra effort to improve the field of ICO approaches.

Elements of an Ethical ICO:

This post has gotten long enough, so I will just share some of the questions I’m grappling with:

I’m really not trying to rain on your ICO parade. Let’s keep the party going! But that means that, as geeks and crypto-practitioners, we’ve got to raise the bar! Wasn’t at least part of the point to not get dragged down the path of corruption with the rest of the financial industry?

Remember, we started building ICOs to solve real problems with our current financial systems. Duplicating these problems (or worse) in crypto-space fails to accomplish that goal.

These kinds of questions must be asked and answered by more groups doing ICOs. SPOILER ALERT: I’ll offer some answers for all of them in my next post on the trials and tribulations of Launching an Ethical ICO.

This is part two of Arthur Brock’s three part series — Toward an Ethical ICO.