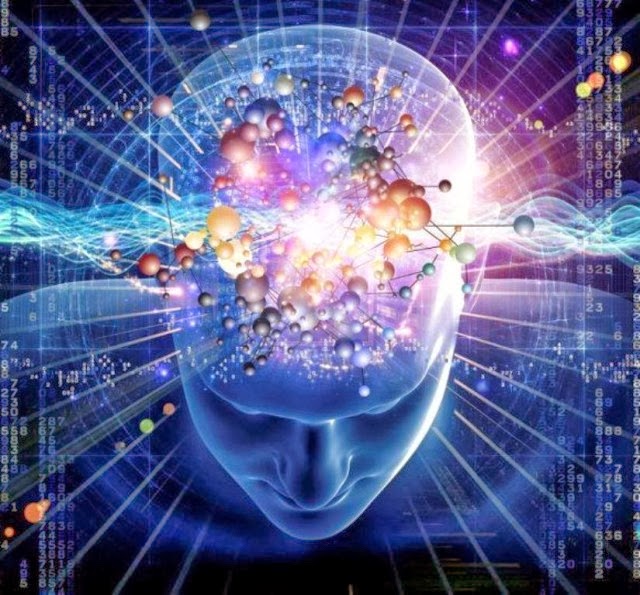 The word “atom” means indivisible in the original Greek. It was supposed to be the smallest indivisible object. “Object” meaning: tangible thing put before the senses. Atoms were supposed to be the smallest little LEGO blocks out of which everything was built. Western reductive materialism is largely predicated on seeing the world this way: A bunch of passive objects bouncing off of each other, except for us. Humans with sentience. Somehow we rose above the random chemical reactions of Universe to become intelligent. Now it is our right to arrange these LEGOs however we please (whether a God-given right according to the creationists or Sentience-given according to the scientists).

Does that story start to sound a bit thin when stated that plainly?

Prevailing scientific models no longer see atoms as indivisible objects, but rather a markedly complex system of interacting wavicles, forces, fields, and probability densities (wavicles = wave-particles which simultaneously have the properties of a wave and a particle).

We gave up indivisibility a long time ago. The current Wikipedia entry about subatomic particle lists 100 of them without even getting far into anti-matter and anti-particles:

It seems like we should also be giving up on thinking atoms are tangible given almost half of the entries in that list are either hypothetical, ghosts, or quasi-particles. Most of the ones that have been “discovered” are now considered to be sometimes a wave, sometimes a particle – and even then not so much a particle as much a probability of interacting with a particle.

Since the idea of atoms as tangible, indivisible objects should obviously be expired maybe any notion of them as passive/inert LEGO blocks should go too. Atoms are clearly not inert - they’re crazy dancing vortexes of amazing energy. Even the noble gasses that are chemically inert are highly interactive in other ways. Neon lights wouldn’t work if Neon wasn’t reactive to electricity. All interact with light and gravity, for example.

In fact, it is their interactive nature that allows stuff to be built out of them. And further still, quantum mechanics points to those wavicles and probabilities only being resolved through interaction or observation.

Maybe sub-atomic particles are speaking a language together, and the “sound” of that language is what we call physics. What if our pursuit of scientific knowledge was more focused on learning to understand and speak the language of the things around us, than to control or manipulate those things as objects?

II know, that it seems like a very difficult thing to consider, but maybe it’s time to expand our notions.

It’s hard for me to shake this deep feeling/knowing that consciousness permeates everything – that somehow it precedes matter and is woven throughout all of it.