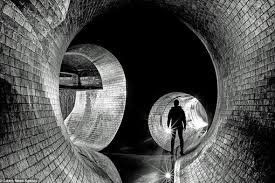 There are many people trying to solve the same kind of problems we’re solving with Ceptr/Streamscapes/MetaCurrency tools. Many are doing parts of what we’re doing, but as far as I know, nobody has reformulated the whole system in a way that solves all those problems at once while also enhancing social collective intelligence by building an infrastructure for living flow maps which is fundamentally decentralized, unenclosable, interoperable (self-describing, pluggable protocols), highly composable, with fractal coherence, intrinsic data integrity (signed chains), holographic storage (variations of DHT), relational wisdom (scapes), shared sense-making (semantics) and rapid evolution. We tend to have a communication problem. What we’re building is so big and broad, that most people don’t make it far enough through the story to get the whole picture before they start challenging isolated parts out of context. I hear responses like: “RDF does that,” or “Sounds like the blockchain to me,” or “Can’t you just mash together Diaspora, XDI and IPFS to get what you want?” or a thousand less polite variants along the lines of that we’re friggin’ crazy to be trying to change things at the level that we are.

Yes. It is possible that we’re crazy to do this. But from my vantage point of seeing something that we desperately need and that I don’t see anyone else building, it seems crazy not to be building it.

So, again, we have a communication problem. We’ve invented a bunch of our own terminology because we’re creating things that distinctly different than other things that are already named. Our receptors are kind of like objects, or virtual machines, or Docker containers, or semantic namespaces/contexts…. Except they’re not like any of those things. They’re quite different. So we named them for what they are. Then we have our semantic trees. Our pluggable protocols (which are parsed using semtrex (SEMantic Tree Regular Expressions). There’s the fractal, nesting of receptors which creates the right kind of membranes and coherence for scalable organizing. There’s scapes which embody the dimensions of variability for organizing instances of data. There’s expectations, and listeners, and carriers, and aspects, and magical semantic process trees which reduce themselves down to their result.

There are a lot of foreign concepts to grasp all at once. And whenever we talk about these things, people are always aking: “How is that different from (fill in the blank)?” And often, we don’t know the answer to that question because it’s pretty much impossible for us to be building what we want to build and to keep track of all the things everyone else is building. It might turn out there are some valuable things to learn from those other things, but we really need to expand participation in the project to a much wider community to harvest that kind of collective wisdom.

So why haven’t we done that? We have operated in a bit of reclusive mode for years now in large part because it’s exhausting to keep having conversations where people want to challenge the fundamental premises before understanding whole picture. We long ago decided we’re better at building this stuff than documenting it in a way that others could build it. So, that’s what we’re trying to do and hoping that people can get a clearer picture of Ceptr once they can see it.

I know that we won’t get what we want from cobbling together a mish-mash of other tools (like GO, node.js, haskell, etherium, Diaspora, IFTT, RDF, XDI, DPKI, IPFS and ErisDB). We might be able to tell a similar story about what it does, but it wouldn’t be a unified system which has the potential to move up or down the stack (replacing router firmware, or operating systems) and seems like it would internally embody the kind of interdependent brittleness that we seek to replace.

So, it’s nice to see some light at the end of the tunnel for software development and to be scheduling launch events in January.

Do you have any ideas how we can communicate about these things more effectively?