The NextNet Series Part 2.3 of 3: Creating Financial Systems That Work for Everyone 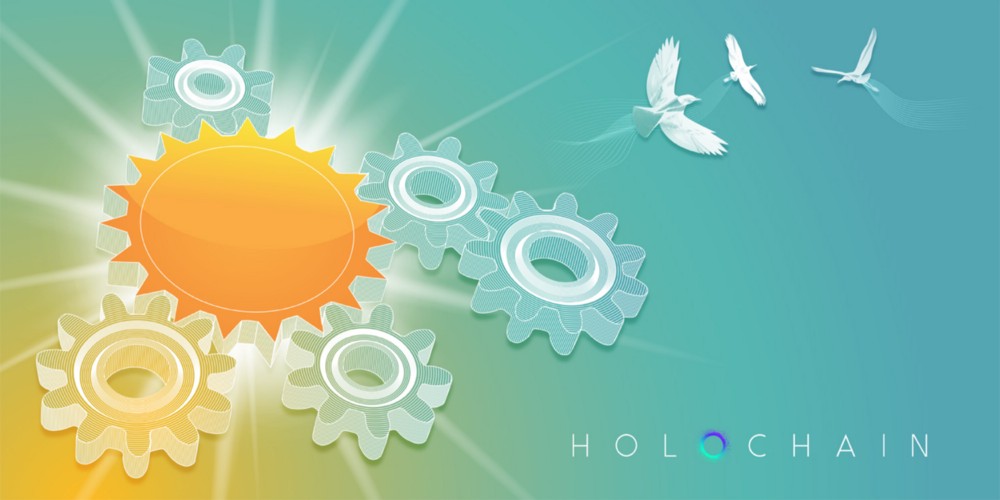 Here we continue the exploration of how unencloseable carriers could free us from critical limitations across a number of macro-systemic domains and help unleash an explosion of human creativity and social organizing. We recommend starting with Part 1: Unencloseable Carriers and the Future of Communication as well as Part 2.1 on food systems and Part 2.2 on energy systems, before reading Part 2.3 here.

In this article, we look at creating financial systems that work for everyone.

People work far longer hours than they did in pre-industrial times yet consistently struggle to “get ahead” [1] [2] [3]. The millennial generation is the first to be worse off than their parents economically [1] [2] [3]. In the recent past it was common to comfortably raise a family and save for retirement on one decent salary, but not today. Second incomes, second jobs and side businesses are the norm these days, just to have the same quality of life that we used to [1] [2] [3]. Is this the death knell of the modern dream?

…running ever faster on the hamster wheel but still struggling to get by is a consequence of our money system being enclosable, which enables the rein-holders to rig the game so that only the house wins? 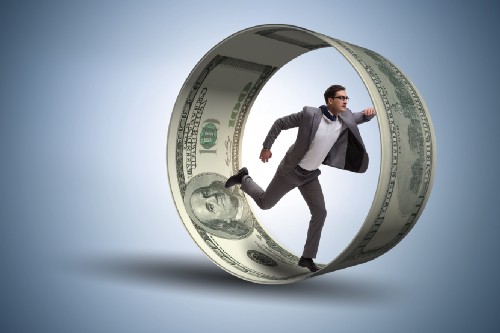 In our enclosable, centralized system of currency, money is issued as debt by the banks [1] [2] [3] [4] [5], with more debt always being created than money issued. This forces the issuance of more money — and thus the creation of more and more debt — each year than the previous in order to avoid collapse due to foreclosures, defaults, and bankruptcies. Through compounding interest, this debt grows exponentially, ever widening the gap between money owed and the money supply available to repay it. The debt is owed by individuals, corporations, and governments who rely on borrowed money in order to invest in homes, infrastructure, and so on — all of whom then need to earn more and more as interest compounds on top of their living or operating expenses. The economy is literally forced to grow, or collapse.

The system we’ve just described perfectly matches the structure of a Ponzi Scheme. Consider it from the angle of the bankers: as they issue money through loans, the debt owed to them on that money compounds, so in order for borrowers to repay the debts on the money issued last year, bankers need to issue even more money as debt this year. Just like in any Ponzi Scheme, this cycle continues and builds exponentially until it reaches its limits of growth, at which point it collapses.

We may have so taken for granted that our currency is issued by central authorities and used to manipulate commerce that it’s hard to imagine alternatives taking hold at any kind of scale. And we previously explored how blockchain-based cryptocurrencies, despite their rhetoric, are actually enclosable and inevitably subject to the same pitfalls of centralized power as corporations and governments. But if we toss out our traditional monetary assumptions, we can imagine currency taking on entirely new forms. 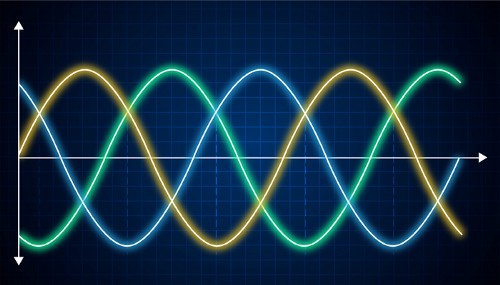 In a mutual credit system, currency is issued not by a central authority, but by participants granting each other credit according to mutually agreed-upon rules. Money is issued when someone spends into the negative, thus borrowing against the system, while others who receive funds in advance of their spending have positive balances. Since every transaction involves offsetting positive and negative balance adjustments, the currency supply is net-zero, meaning that the sum of all the outstanding positive and negative balances in the system is always zero.

The rules for who can draw credit vary among mutual credit systems, but one promising approach is to allow only established producers of value to borrow money. In HoloFuel, for example — the currency system of the Holo hosting network — users who have demonstrated past capacity to provide hosting power receive lines of credit backed by their future hosting. Thus, not only are “loans” backed by actual value being created, but the very size of the active currency supply — the sum total of the positive balances — is grounded in the actual size, the supply and demand, of the economy.

Mutual credit may also bypass the problems that many alternative currencies face with regard to the enclosures known as securities laws. The U.S. Securities and Exchange Commission in particular has a penchant for shutting down blockchain-based projects that issue speculative tokens, but because mutual credit is issued only in the moments when value is actually exchanged, it is not a future-based investment and, as such, is difficult to classify as a security. 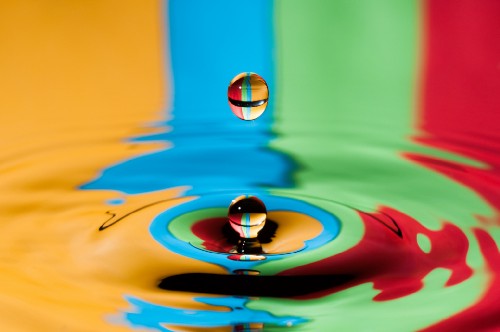 Triple-bottom-line currencies are a way of optimizing currency, and thereby the economy, for wide collective benefit. You may have heard of triple-bottom-line (TBL) accounting, which some companies use to evaluate their performance on the basis of not only profit but also people, which is the well-being of everyone impacted by the business, and planet, which is the business’s impact on the natural environment. TBL accounting is an attempt to account for, or “internalize”, the externalities of transactions, which is to say the costs (or benefits) of doing business that are not reflected in revenues. The problem is that it’s impossible to accurately account for a transaction’s externalities, given all the hidden and chain reactions that take place in the complex systems of human dynamics and planetary ecosystems.

Another way of stating this problem is that any company’s internal assessment of their external effects is skewed by the company’s own enclosures, even if it has the best intentions, because of its limited perspective.

In an unencloseable system, however, it’s possible to create a currency that contains external feedback loops using input from people who are in a position, from a vantage point outside the company, to assess a company’s external impact. This way, instead of doing impossible accounting at the transactional level, you’re doing a much simpler thing, which is to allow a company’s reputation for doing good or harm to have an impact on its overall cost of doing business.

This approach is actually similar to what we know today as credit ratings, which are essentially reputation currencies that act in conjunction with today’s money systems to affect the cost and availability of money. But instead of factoring in only your payment history — which corresponds to your ability to earn money (or profit) and in turn to make the bankers more money by making your interest payments — a “triple credit rating” also factors in your effects on people and planet.

One possible approach to triple credit rating could be:

Today, business is driven by the short-term imperative of financial profit and staying ahead of ever-compounding debt. Of course such an extractive system is driving a pattern of cancerously consuming the planet’s natural resources in the almighty name of Economic Growth. Of course we’re burning cheap but limited energy stores instead of building renewable infrastructure. And of course we’re farming in ways that maximize pounds of yield over soil health and more sustainable growing practices.

One mechanism by which today’s debt-driven economy has such a troubling effect is through the time cost of money, which means that a dollar now is worth more than a dollar later. With debt everywhere, compounding interest is everywhere, which means that carrying a negative balance is expensive, while carrying a positive balance can be lucrative. The time cost of money disincentivizes the holding and growing of physical assets versus liquidating them for cash, since virtual assets often grow faster than physical ones.

No matter what business asset you own — land, a website, a factory — you have an incentive to milk (or sell) that asset for cash on as short a timeline as possible, even if it could produce more cash later or on a longer timeline. The more cash you can get now, the more you can put that cash to work by putting it to work in high-return financial instruments. Plus, if you’re like most business owners, you’re paying interest yourself on the ways you capitalized your business — as well as on your personal debt (home, cars, college, and so on) — and cash could help pay off those loans. 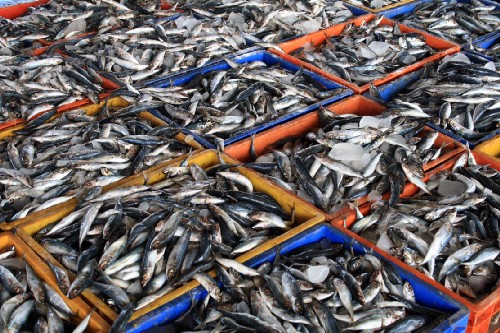 The time cost of money creates an imperative to convert real live assets into numbers in a bank account as quickly as possible, regardless of whether doing so is actually sustainable in any broader sense. Extracting more fossil fuel, catching more fish, and selling more plastic is not just profitable but compoundingly profitable, even if we are completely outstripping the carrying capacity of our ecosystem.

Which brings up another good point: doesn’t it stand to reason that our currency supply be connected to the carrying capacity of the physical systems upon which our economy operates? It turns out this is not only a good idea, but actually imperative for having a sustainable economy. As long as money can just keep being created without regard for whether we’re overtaxing the systems we use to create value, our incentive will be to outstrip the planet’s carrying capacity to regenerate itself, and we will kill ourselves.

Mutual credit systems, by the way, have the ability to connect seamlessly to the carrying capacity of an economy: if the creation of currency is strictly a function of spending into the negative by those who have demonstrated the ability to produce actual value, the currency is backed by their future production of that value.

Notice, too, who has the power in such an equation: no longer the bankers and the governments and others who derive influence from their ability to create, control, and charge for the money supply, but rather the value-creators themselves, those who are actually able to provide for people’s needs. Add in a triple-credit rating system and you bring greater good into the equation as well. Imagine if the most powerful individuals on the planet were those who demonstrated the capacity to create the most benefit, rather than those who can extract the most resources.

It’s a good thing that we can imagine such a scenario, because this is exactly what it will take to tackle perhaps the most intractable problem we’re facing today: saving the planet. We explore that in Part 2.4.